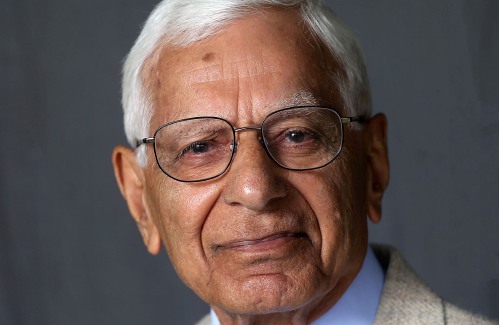 Fascinated by how the political football of raising the debt ceiling ($ 28.4 trillion) plays out between Democrats and Republicans, a recurring annual problem that ends up being resolved, I wondered how economic power American business generates political power and how it uses that. Senator Bernie Sanders and other progressives lament that big business does not pay its fair share of taxes, which of course is true; but they do not often question its political power.

Consider this: Bloomberg recently reported that Treasury Secretary Janet Yellen appealed to CEOs of the biggest financial firms on Wall Street, including JPMorgan Chase, Citigroup, Wells Fargo, Bank of America and Goldman Sachs, “for their assists in his campaign to pressure Republicans to support raising or suspending the debt ceiling. You could say that Yellen uses all available means of political persuasion; nonetheless, it appears that American business has become an autonomous center of political power, an unelected fourth branch of government, the role previously played by the press. Yellen would know that while Wall Street and corporate America fund both political parties, they ideologically have a greater affinity with Republicans.

It is also true that American companies cannot afford to be content to feed only the stomachs of shareholders; that their responsibilities go beyond profit; that they are political actors.

Almost no one, and rightly so, pays attention to what Chicago economist Milton Friedman argued in a 1970 article. New York Times section entitled: “Corporate social responsibility is to increase their profits”. The character of Gordon Gekko (played by Michael Douglas) in the 1987 film Wall Street took it to the extreme: “Greed,” Gekko argued, “for lack of a better word, is good. … Greed clarifies, cuts and captures the essence of the evolutionary mind. Greed, under all its forms; greed for life, money, love, knowledge, marked the rise of humanity. … ”

Gekko might have foreshadowed the rise of Donald Trump. Speaking to shareholders, Gekko likened the United States to a â€œfailed companyâ€ and warned that â€œAmerica has become a second-rate power. Its trade deficit and budget deficit are at nightmarish proportions.

Gekko may not have anticipated the rise of Chinese companies, but President Xi Jinping did, and he soon realized that the growing power of Chinese tech giants including Alibaba, Tencent , Baidu, Xiaomi and others, could be a challenge for its absolute power. So he tore off their wings to keep them on the ground.

As a horrified world watched the catastrophic but nonetheless spectacular Jan. 6 assault on Capitol Hill, led by Trump and aimed at overthrowing the presidential election that the Senate convened to certify, Americans also saw the immense political power of big business and Silicon Valley. The two quickly sprang into action and not only turned off the financial tap on Trump and the politicians who voted against certification, but also stifled their voices. Trump has been banned from Twitter and Facebook; Apple and Google have removed the conservative application from the Talking platform; and Amazon declined to host Talk Plus.

Big Tech had twisted the mighty Trump. Without Twitter – which Trump had brilliantly used to advance his political agenda and intimidate his political opponents – he looked like a village idiot.

This, however, raised serious questions regarding the First Amendment. Should Big Tech, which controls information channels, be able to deny – without due process – access to social media through which we exercise our rights to freedom of expression as citizens in a democracy?

The European Union may seem like a collection of sovereign states, but when it comes to dealing with global companies like Google, Microsoft, Apple and Facebook, for example, or a technological juggernaut like China’s Huawei, the EU does not underestimate their political interests and economic power and takes a united position. However, EU countries cannot ignore the political power of their own national companies.

Consider this, for example: the politically powerful German auto and precision machine industries, as William Galston commented in The Wall Street Journal, exerted considerable influence on Angela Merkel’s trade and foreign policy with China. Large corporations do the same in the United States in their dealings with China.

Instead of depending on Washington, big corporations have their own political affairs experts, who use the same tools and talents as diplomats to deal with national and international affairs. Many of them are retired ambassadors, State Department officials, and military officers, and they know how to negotiate with global and national stakeholders, including Senators and House Members, Republicans and Democrats.

Building social and political capital is essential because American businesses, in difficult times, may need help – as in 2008, when the Obama administration bailed out some Wall Street companies euphemistically dubbed “too much. big to go bankrupt “.

But we cannot ignore Professor Jerry Davis of the Ross School of Business at the University of Michigan, who asked whether “the exercise of such overt political influence over the workings of American democracy – with almost no margin of control, from shareholders or from anyone else – requires a new set of regulatory tools for a new form of corporate power.

Narain Batra, from Hartford, is professor of communications and corporate diplomacy at the University of Norwich and author of The First Freedoms and America’s Culture of Innovation and the upcoming India In A New Key.