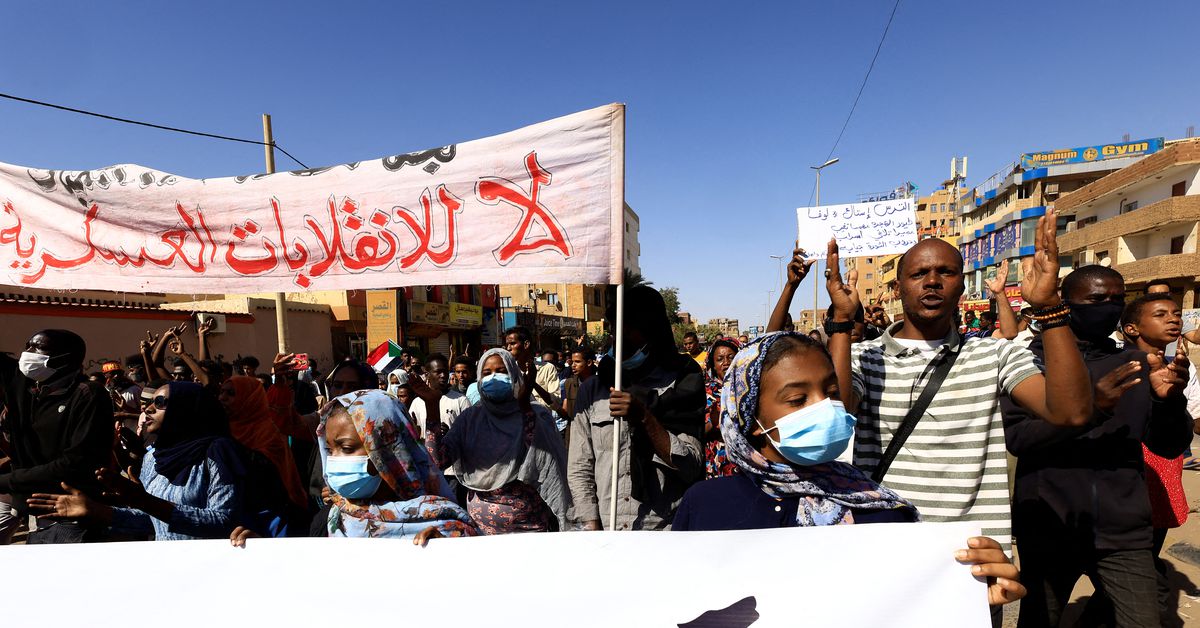 KHARTOUM, Jan.8 (Reuters) – The United Nations said on Saturday it would invite Sudanese military leaders, political parties and other groups to participate in talks aimed at ending a crisis sparked by a coup in October.

UN mediation in the weeks following the coup successfully reinstated Prime Minister Abdalla Hamdok, but his resignation last week heightened uncertainty over Sudan’s political future and a transition towards the elections scheduled for 2023. read more

Neighborhood resistance committees, political parties and other pro-democracy groups have waged a continuous campaign of protests under the slogan “no negotiation”, and the crackdown by security forces has left at least 60 dead.

“Not all steps taken to date have succeeded in restoring the course of this transformation,” UN Special Representative Volker Perthes said in a statement announcing the launch of the UN-facilitated dialogue initiative. .

“The (…) repeated violence against largely peaceful demonstrators has only deepened the mistrust between all political parties in Sudan,” he added.

The Sudanese army, armed movements, political parties, civil society and resistance committees will be invited to participate, according to the UN statement.

Unless a new path to a credible transition and elections is mapped out, greater instability within and beyond Sudanese borders is likely, analysts and diplomats have said.

The Quad group, comprising Saudi Arabia, the United Arab Emirates, Britain and the United States, has expressed support for the UN effort.

“We strongly support this Sudanese-led, UN-facilitated dialogue initiative,” a statement from the group said. â€œWe urge all Sudanese political actors to seize this opportunity to restore the country’s transition to civil democracy.

Sudan’s main civilian opposition coalition, the Forces for Freedom and Change (FFC), said in a statement that it welcomed “any international effort that helps achieve the goals of the Sudanese people in combating the coup d’Ã©tat and the establishment of a civil and democratic state “.