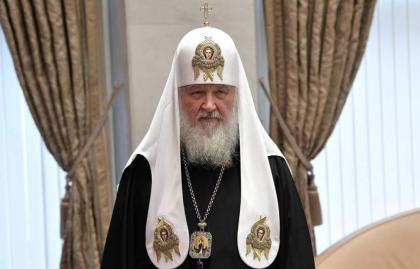 The Orthodox Church has disassociated itself from political conflicts in Ukraine, Patriarch of Moscow and All Russia Kirill said on Saturday

MOSCOW (UrduPoint News / Sputnik – November 20, 2021) The Orthodox Church has dissociated itself from political conflicts in Ukraine, Patriarch of Moscow and All Russia Kirill said on Saturday.

“We are not participating in this fight, our church, our Orthodox people are not responsible for this nightmare. The responsibility rests with the politicians who allowed a conflict between their own people. And a divided nation, a divided house are very dangerous, “said the patriarch in an interview with broadcaster Rossiya 1 on the occasion of his 75th birthday.

Patriarch Kirill further bemoaned the split in Ukrainian religious society, calling it a great tragedy that “started a pendulum of hatred, division and confrontation” that even Kiev now seems to regret.

With this in mind, the ROC leader criticized Patriarch Bartholomew of Constantinople for recognizing the Ukrainian schism of 2018 and stressed that this was done under foreign political influence and because of the personal failings of the Patriarch of Constantinople.

He condemned Bartholomew for not seeing himself as the first among his peers, as orthodox ecclesiology establishes, but as the sole ruler of the Orthodox world.

The schism itself serves exclusively political purposes, because “no theological consideration can explain the attempts to divide the Orthodox Church, to weaken it”, according to Patriarch Kirill. In the current political context, this has served to drive Ukraine away from Russia and shatter the unity of historic Ruthenia, he added.

In 2018, the establishment of the Ukrainian Orthodox Church was initiated by then President Petro Poroshenko and Patriarch Bartholomew of Constantinople. The new Church has obtained autocephaly, the status of an autonomous Christian Church. The Russian Orthodox Church severed relations with the Patriarchate of Constantinople and other spiritual leaders who recognized the split.

Has this Australian Facebook group been cat fishing politically?