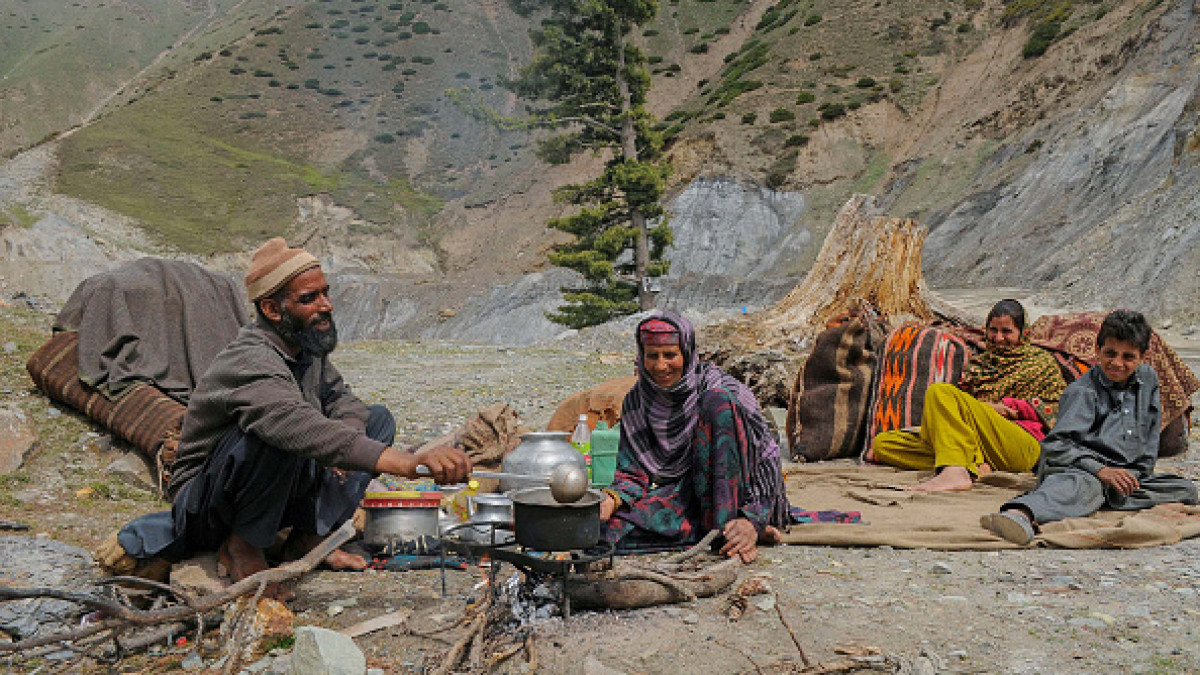 In a sea of ​​’sorrow,’ the boundaries commission creates a ‘happiness constituency’ at J&K

The mighty Pir Panchal range separates the valley of Kashmir from two districts of Rajouri and Poonch, mainly inhabited by the Gujjar tribes. Mughal Road connects the Shopian district of the valley to Rajouri Poonch. However, the road remains closed for almost six months during the winters.

Many here argue, ideally, that the boundary commission set up to redraw the boundaries, if any, should have clubbed the Shopian district of South Kashmir with Rajouri and Poonch to make a separate parliamentary constituency of the three districts. However, he preferred to make Rajouri, Poonch and Anantnag districts of South Kashmir a parliamentary constituency despite the two areas having no road connectivity and a distance of 400 km between them.

The commission gave six additional seats to Jammu and only one to Kashmir. Now, out of the 90 Assembly Constituencies (ACs) in Jammu and Kashmir, 43 will be part of Jammu and 47 will be part of Kashmir region. Nine seats have been reserved for the STs, including six in the Jammu region and three in the valley. The commission also recommended two seats for Kashmiri Pandits.

The regional parties in the Valley are angry because the Kashmir region, which represents 56% of the population, will only have 52% of the seats in the Legislative Assembly. Jammu Region, with a 44% share of the population, gets a 48% share of legislative representation. Therefore, they say, while in Jammu, 1.25 lakh people will elect an MP, in the Valley, 1.46 lakh people will. They argue that the cardinal “one man, one vote” principle was bid farewell to J&K by the commission.

The last Boundary Commission was established in 1995 with Justice (Retired) KK Gupta as Chairman when the state was under the rule of the President. The Gupta Commission had increased J&K’s Assembly seats from 76 to 87 currently. Of the 76 seats, Jammu had 32, Kashmir 42 and Ladakh 2. Of the 87 seats, Kashmir has 46 seats, Jammu 37 and four in the Ladakh division.

Shafiq Mir, chairman of the Jammu and Kashmir Panchayat conference, said the boundary commission has politically deprived the majority Muslim community in Jammu and Kashmir. In the J&K Legislature, the BJP received an advantage from the commission and clearly the constituencies were demarcated, he says. But he adds that the commission has done a good thing in clubbing Rajouri and Poonch with Anantnag district, and in the coming years it should result in a separate Pir Panchal division comprising Rajouri-Poonch districts of Jammu and Shopian , Kulgam parts of Anantnag. district. “By creating the constituency of Poonch-Rajouri-Anantnag, our long-standing request has been met. We would never dream of electing a Rajouri-Poonch resident to parliament with Jammu, but now our chances are bright to be with Kashmir,” Mir says.

Poonch and Rajouri districts are part of Jammu Division and have a large population of Gujjar and Bakerwal categorized as Scheduled Tribes. The commission’s decision to merge these two districts into Anantnag Lok Sabha constituency will strengthen the ST population of the region.

Many observers here say that the intention behind this mapping is clear: to reduce Kashmiris from the overall Jammu and Kashmir policy and prevent the former Jammu-Poonch LS seat from being declared ST seat after 2024. This arrangement would have left Jammu with only one Lok Sabha seat.

“All of Rajouri and Poonch districts are populated either by Gujjars or Paharis, there is no other social or political identity. The Gujjars, being ST, were reserved for the Legislative Assembly, after a long wait of 32 years. Five of the nine seats reserved for STs are in Rajouri and Poonch. This makes it the greatest constituency of happiness,” says author and political analyst, Zafar Choudhary.

Gujjars and Bakerwals form the largest ethnic group with the population of 11.19 lakh in Poonch and Rajouri. And they are estimated to constitute 19% of the total population over 26.20 lakh in the new constituency of Anantnag-Poonch constituency.

“Of the eight seats in two constituencies, three remain open so that the Paharis do not feel excluded from the electoral process. But the BJP gave them new hope of their inclusion in ST. In this context, both districts feel that, for the first time, their aspirations have been met,” added Choudhary.

“The siege of Anantnag-Rajouri LS, as embarrassing as it is illogical, gives a sense of hope and happiness to Rajouri and Poonch. Since the first direct elections of LS in 1967, it is only one only time a Rajouri-Poonch candidate has won,” Choudhary adds.

“The former seat of Jammu-Poonch LS would still be decided in Jammu district. The resulting MP would never pay attention to Rajouri-Poonch or respond to their aspirations, making the region feel cheated and treated like second class. With the new package and the knowledge that South Kashmir does not vote much, the Rajouri-Poonch region which is known for its high percentage of polls believes that the new LS seat is from this region,” Choudhary adds. .