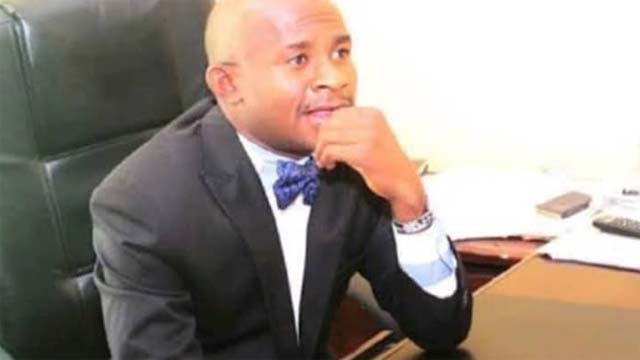 If we are to restructure, we must start with the administration of local government – Features – The Guardian Nigeria News – Nigeria and World News

Kabir Akingbolu is a lawyer, human rights activist and member of the Ekiti State Judicial Services Commission. In this interview with YETUNDE AYOBAMI OJO, he spoke about restructuring, insecurity and other issues.

The governors of Nigeria today wield a lot of power as they get almost anything they want. Funny enough, they also established what they called the Governor’s Forum. I do not mean to say that it is an illegal or unconstitutional body, because there is nowhere in the Constitution of 1999 where the office of the Forum of Governors is established.

Unfortunately, a sitting governor still chairs this organization. Anyway, that’s a discussion for another day. But then the governors in their wisdom, power and influence push the issue of restructuring to the public, as if they are interested in restructuring. They tried to make the public understand that it is the President of the Federal Government who does not like restructuring. But this is not the case. It is the governors who do not want it. When we were growing up, it was up to local governments to repair all national roads and railroads. Now state governments have taken over all constitutional responsibilities from local governments. They perform the function of local government. Unfortunately, every state’s House of Assembly is populated with loyal governors, who cannot do anything against the will of their masters.

In fact, we don’t have a serious federal government ready to tackle corruption, otherwise virtually all of Nigeria’s governors will go to life in prison after their term in office, especially with what they did with local government funds. . There is no state where they do not take this money. It is only in Lagos that you see the similarity of freedom for local government. Although there is huge interference, at least they still give the councils some powers to function. If we are to restructure, we must start from the local administration.

Do you think the governors of the south can enforce the ban on open grazing of cattle, proclaimed after their summits in Asaba and Lagos?
This is not possible and do you know why? Most governors have abandoned the act of governance. They only worry about 2023. The president knows he’s leaving, it’s his second term, so he might not be worried. But most governors don’t care about governance and most of what they do is for political reasons or political permutations, they aren’t serious about governance. When they make noise about the ban on open grazing, they don’t mean it. Ekiti is the first state in Nigeria to criminalize open grazing. How many people were subsequently convicted? They just make noise because some of them believe that if they don’t, they might not get what they want.

I have always been an advocate for cattle ranching or Ruga. We have it in Lagos. How often do you see cattle ranchers moving around Lagos? It is rare, except in the suburbs like Badagry or Ikorodu. People think that only the Fulani take care of the cattle. Our politicians own most of these cattle that you see around. They give the cattle to the Fulani, pay them wages or a food allowance to feed the cattle, and keep for themselves. In addition, grazing routes cannot function due to the provisions of the Land Use Act.

The law gives all land to the governors, so the president cannot sit in Abuja and tell us that there must be an open grazing road in Lagos, Kano or in Ondo state. It must have the cooperation of the state government. But I think the time has come when the cattle ranching business needs to be well structured to avoid a crisis with the farmers. Cattle grazing is one of the oldest professions outside of prostitution. Most of the prophets come from cattle ranching families. They are shepherds. If in the 21st century we are talking about straining cattle, getting into people’s homes, causing accidents on the roads, I think we are not being fair.

The deteriorating state of security has become such a challenge that Governor Masari recently called for self-defense. How do you see it?
Governor Masari’s call for self-defense is an unfortunate appeal and an admission of failure, that the government is unable to ensure the safety of the people. The essence of government is to provide what people cannot provide and one of those things is security. Now everyone is minister of defense in their household because the government is doing nothing. Schools are no longer secure and to make matters worse they have attacked the Nigeria Defense Academy (NDA) in Kaduna. Kaduna, which was supposed to be the safest state, where the Command and Staff College, the NDA, the Police Training College and the First Mechanized Division are located. In fact, the Kaduna barracks are more than five. Most of the security devices are in Kaduna, but the bandits keep attacking people there. If someone could get into the NDA and successfully perpetuate this heinous act without any hindrance, then you should know that something is wrong with our security architecture. If the institutions are no longer secure in Kaduna, I don’t know where we can run.

How do you see the controversies around the sponsors of Boko Haram and why does the government lack the courage to fish them out to judge them?
This government is not serious. Buhari’s government has been very nepotistic. Nepotism reigns because it does not want to call armed shepherds terrorists and it even plays with Boko Haram terrorists. I do not understand why the government should reintegrate repentant members of Boko Haram into society, knowing full well that insurgents have killed over 40,000 Nigerians in the past 10 years.

The same government has attacked IPOB leader Mazi Nnamdi Kanu and Yoruba freedom fighter Sunday Adeyemo, aka Sunday Igboho, declaring them enemies of the country, although I do not support the call for dismemberment because Nigeria is better together as one. But at the same time, I don’t want a fraudulent unit where one ethnicity feels superior to the others. The current state of governance in Nigeria is fraudulent. In a situation where 80 percent of nominations go to a particular section of a country and others split 20 percent is not fair and unfair. It is not fair. If you do fair justice, you find that you are sharing things rationally; it will make sense to people. If you have to release or assimilate Boko Haram terrorists into society because they surrendered, then you must release all Igboho and IPOB supporters. If you don’t, that’s highest order discrimination. You cannot treat two cases differently; you cannot apply different laws to the same case. It is unfair.
Are there concerns that the election will not be held in 2023 due to insecurity?

All of these innuendos are just the imagination of troublemakers. Government is an ongoing process. Whether we like it or not, the elections will take place. Look at 2015, when people said that the elections would not be held because by then Boko Haram had captured six states in the country, but when the elections approached they reorganized the security apparatus. They sent soldiers to the states and the elections were held in a free and fair environment. This is why you cannot rule out that the government knows about the sponsors of Boko Haram. A retired military intelligence officer recently revealed that this government knew the sponsors of Boko Haram, but did not want to mention their names. I don’t know why he refrained from naming names. If the sponsors are not drafted, there is no way to end the insurgency.

There are people who make money with this robbery and banditry. When it comes to crime, the Nigerian government has now separated them by nomenclature. All these criminals have gone so far as to terrorize the people on a daily basis. The government is not serious in its fight against crime because those who profit from it do not want it to stop. In any event, the government is also complicit. They are also guilty.

Last year, the federal government called on states to set up judicial commissions to investigate police brutality and related offenses in all 36 states. Some states have submitted their reports. Lagos has even twice extended the deadline for its panel due to the volume of cases it is seized of. Do you think the result of the panel’s work will result in a better font?

It will never be because police harassment is getting worse every day. I thought the police had learned their lessons, but they haven’t. The commissions of inquiry have sat, but I don’t see anything joyful coming out of it. In most cases, it would just be business as usual. Some states submitted reports and nothing was done, although Lagos is trying, the governor has paid some people and the panel is doing well. But in other states, not much has happened regarding the recommendations made by the panels.

Biden administrator to recreate DACA after court rules against him