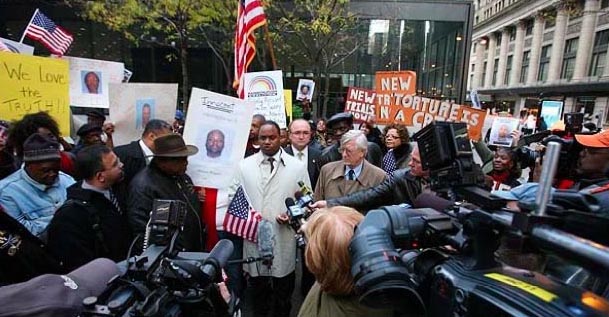 LAWRENCE – Since 1989, more than 2,800 people in the United States have been exonerated after being wrongly convicted of crimes they did not commit.

Everyone agrees that this is a serious problem, right? 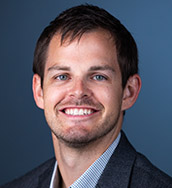 “We tend to see this as an issue that should be completely non-ideological and non-political,” said Kevin Mullinix, associate professor of political science at the University of Kansas. “But what we found out is whether you are a liberal or a conservative, it is really important for the passage of reforms that deal with wrongful convictions.”

The reasons are discussed in his new research article titled “The Politics of Wrongful Conviction Legislation”. He argues that public opinion is important for policy reform. But the adoption of such a reform depends on the ideological tendency of the public, the competitiveness of the state elections, the partisanship of the governor and the presence of groups defending innocence. It appears in the September issue of State Politics & Policy Quarterly.

The fundamental element of this disparity of opinion is that liberals and conservatives in the general public take profoundly different views on unjust imprisonment.

“They differ in their awareness of the problem and have contrasting beliefs about the extent of wrongful convictions,” Mullinix said.

For example, in one of the surveys he conducted while researching this trend, Mullinix asked, “Do you believe that an innocent person has been executed in the past five years? The Liberals were 46% likely to agree; the Conservatives were only 24% inclined to believe the same. Likewise, another question asked: “Have you ever heard of Project Innocence?” Liberals were 21% more likely than Conservatives to be aware of the nonprofit legal organization committed to exonerating people who have been wrongly convicted.

Exposure to the factual reality of this issue seems to be related to what sources of information people prefer.

“Liberals are much more likely to have heard a true story about wrongful conviction from mainstream media – things like the news and the New York Times. But when you look at the fictional stories, liberals and conservatives hear about them at the same rate. So when it comes to things like Netflix and entertainment media, liberals and conservatives are more equally exposed to it, ”he said.

Fortunately, once the awareness is realized, commonalities can be found.

“Providing information to people changes their attitudes, including conservatives who may not have been aware of the problem. It is not necessarily that the Conservatives are opposed to these policies that deal with wrongful convictions, it is that they start with an initial confidence in law enforcement and the justice system, and they do not hear. these contrary testimonies ”, he declared.

Co-authored by William Hicks of Appalachian State University and Robert Norris of George Mason University, Mullinix’s article incorporates data from all 50 states between 1989 and 2018. It examines the passage of five types of sentencing reforms unjustified: 1) changes in eyewitness identification practices, 2) mandatory recording of interviews, 3) retention of biological evidence, 4) access to post-conviction DNA testing, and 5) compensation exonerated.

According to the National Register of Exemptions, wrongful convictions are on the rise. Why is that?

“I think we’re just starting to catch them more,” he said, noting that the NRE only included exemptions from 1989.

“It is also important to recognize that this is not a new problem, as if these convictions did not take place until the 1980s. But now some states have policies whereby they preserve the evidence. biologicals longer, retain more evidence and have access to post-conviction DNA testing. We’re seeing those numbers go up because we might be better at catching that stuff. We should also pause and think about how many potential wrongful convictions we are missing out on. “

Mullinix, a public opinion and public policy expert who has worked at KU since 2018, said that entertainment shows such as the “Serial” podcast and various documentaries on actual crimes on television and on the streaming have in fact served as an inspiration to broach this subject. professionally.

Previous recent articles credited to Mullinix include “The Feedback Effects of Controversial Police Use of Force” (Political Behavior, 2020) and “Framing Innocence: An Experimental Test of the Effects of Wrongful Convictions on Public Opinion” ( Journal of Experimental Criminology, 2019).

“Honestly, I don’t think there is a conscious bias against much of this wrongful conviction legislation,” he said.

“Liberals and Conservatives differ depending on whether they think about it first or not. Because of this, it is lower on the priority list for some people. What makes it interesting is that once it’s on the agenda, it’s pretty hard to think of an argument against some of these policies.