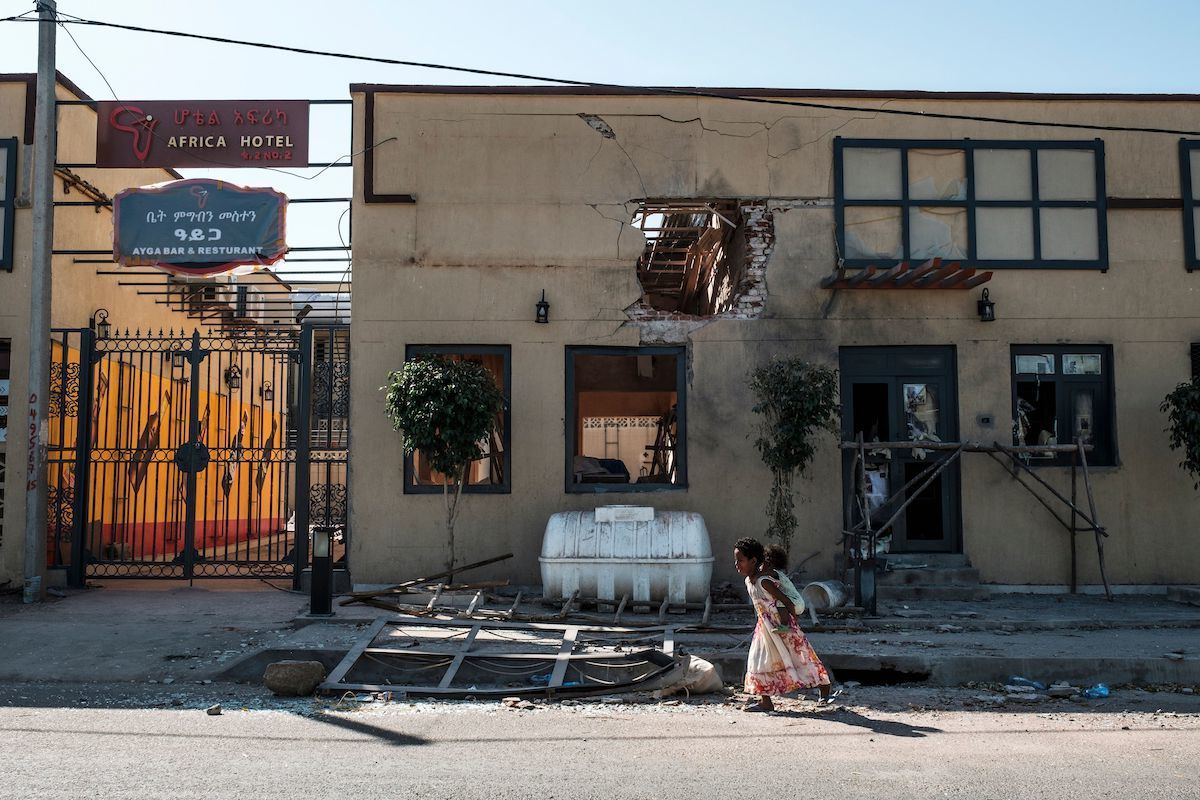 Archbishops urge Biden’s administrator. be fair in the ethiopian conflict

As tensions continue to mount in Ethiopia’s ongoing civil war that has left thousands dead and some 2 million displaced, leaders of North American dioceses of the Tewahedo Ethiopian Orthodox Church have urged the Biden administration and Congress this week to step up efforts to bring an end to the Tigray conflict.

Ten archbishops this week attended meetings with the US State Department, Congress and the White House, calling for a “fair” diplomatic process that will hold the Popular Front for the Liberation of Tigray accountable for the atrocities they have committed.

“The atrocities that have been committed by this terrorist organization are incalculable,” Archbishop Abune Fanuel of Washington DC and chairman of the Ethiopian Religious Council told the Christian Post on Thursday in an interview. they make the people takes different forms.

He was also joined by Archbishop Abune Nathanael, who oversees the archdioceses of Colorado, Utah, Kansas, and Nebraska.

The current conflict in Ethiopia erupted last November when Prime Minister Abiy Ahmed ordered a military offensive against the Popular Front for the Liberation of Tigray, a leftist rebel group who ruled Ethiopia from 1991 until Abiy became Prime Minister in 2018, The New York Times reported.

Abiy is said to have preached a message of hope and unity and was awarded the 2019 Nobel Peace Prize. He accused the TPLF of attacking a federal military base and attempting to steal weapons.

The conflict has since escalated and militia fighters from the Amhara region to the south and Eritrean troops from the north have joined the Ethiopian army in opposing the Tigrayan rebels who also captured Mekelle, the regional capital of Tigray. .

In May, President Joe Biden expressed concern on the escalation of violence and noted that his administration was working with the Ethiopian government, the African Union, the United Nations and other international partners to achieve a diplomatic solution to the crisis. He also urged Ethiopian officials to â€œpromote reconciliation, human rights and respect for pluralismâ€.

“This will preserve the unity and territorial integrity of the state and ensure the protection of the Ethiopian people and the provision of urgent aid,” Biden said. â€œThe Ethiopian government and other stakeholders across the political spectrum should engage in dialogue. By working together, the people of Ethiopia can build a common vision for the country’s political future and lay the foundations for sustainable and equitable economic growth and prosperity. “

Religious leaders who met with senators and members of Congress about the situation in Washington on Thursday argued that international partners must hold the TPLF accountable if a peaceful solution is to be found.

The religious leaders were scheduled to meet with Senator Bill Hagerty, R-Tenn., Senator Mike Rounds, RS.D., Senator Rob Portman, R-Ohio, and Senator Chris Murphy, D-Conn., According to a source with knowledge of the provisions.

“A lasting solution can only come when it is based on fairness and truth,” Archbishop Nathanael said, noting that the analysis of the conflict by the US government and the media was “biased”.

â€œIt may be the policy of the US government to invite diplomats, but what has [been happening] is a very one-sided part of terrorist groups, even when it becomes clear that these terrorist groups have killed thousands of people and raped every [law] on books, â€Fanuel added.

â€œEven before the start of this war, the Ethiopian government and the Ethiopian people had repeatedly tried to find a peaceful solution to the problem. But they started the war and they caused a lot of damage, â€he added. â€œEven when the government has taken a unilateral ceasefire, they are waging war in the areas of Amhara and Afar. This is the reason why millions of people are fleeing these places. “

Abiy called for a ceasefire in June.

â€œHow could negotiations go with a terrorist organization when it is unwilling to take a ceasefire? When they are not ready to negotiate with the people of the Ethiopian government? Fanuel asked. “If this could be balanced in terms of the accountability of both parties, then this is how [it can work]. “

He added, â€œAs spiritual leaders, our primary responsibility is to pray to the Lord for solutions. But what we also say at the same time, the process must be fair for the Ethiopian people and the Ethiopian government. There is an elected government that imposes conditions on terrorists to respect Ethiopian sovereignty.

Nathanael said spiritual leaders have visited Tigray and pleaded for peace on several occasions, but the TPLF “refused to come to the table.”

â€œAs the saying goes, it takes two to tango,â€ he said. “It takes two parties to bring peace.”

A source familiar with the meetings said the archbishops were seeking to encourage the United States to “work more constructively with the Ethiopian government to ensure that aid is made available to the vulnerable and that those who have committed crimes. atrocities be prosecuted “.

The international media focused a lot at the end of 2020 and the beginning of 2021 around the military offensive carried out in the Tigray region. Reports had circulated of atrocities committed against civilians in the Tigray region by suspected Eritrean troops. Among the dead were priests, women, entire families and even a group of Sunday school children.

Some witnesses claimed that Eritrean soldiers were going door to door to kill Tigrayan men and boys as young as 7 years old.

Reports indicate that Tigray forces returned to their home area in June. Since then, the conflict has infiltrated the Amhara region.

While much international attention has been paid to the actions of the Eritrean and Ethiopian military in Tigray, militants in Tigray are increasingly accused of attacking civilians in retaliation for atrocities committed in Tigray.

A dozen witnesses recounted The Associated Press on how Tigray forces attacked communities and religious sites with artillery. Witnesses say civilians have been killed while schools and health centers have been looted, prompting thousands of people to flee their homes in the past two months.

In addition, a Human Rights Watch report released details this week that Eritrean government forces and Tigrayan militias have committed killings, rapes and other serious human rights abuses against Eritrean refugees in the Tigray region.

OCCA: McGirt’s Theory of State “A Political Question” Only Congress Can Address | criminality